The Ribbon Was Cut At LECO Czech's New Office in Plzen – Celebrating The 30th Anniversary!

As part of the celebration of LECO's 30th anniversary in 2021, the ribbon was cut on the new LECO office in Plzen, Czech Republic.

Dr. Ralf Loescher, Vice President for LECO Europe, Alexander Albrecht, Finance Director of LECO Europe and Pawel Hoerner de Roithberg, LECO Central and Eastern Europe Manager, officially opened the new offices in Plzen. LECO's customers attended the opening ceremony and were welcomed with a small reception consisting of appetizers and a glass of sparkling wine. The openly designed premises should invite to informative discussions in the future and enhance the working process with its friendly atmosphere. The Czech Team looks forward to an inspiring and successful time at their new place of business and, of course, to many more years of LECO Instrumente Plzen supporting its customers with their laboratory needs.

"Congratulations to LECO CZ Team on 3Oth anniversary and new office opening. I wish to my colleagues and European management all the best, a lot of successfull years in sales, service and application support for all current and future LECO instruments´ users. I believe, our philosophy based on building of strong team that is ready to support not only customers from our territory, but also distributors and colleagues from other LECO subsidiaries, is the essential factor of your success in the future." 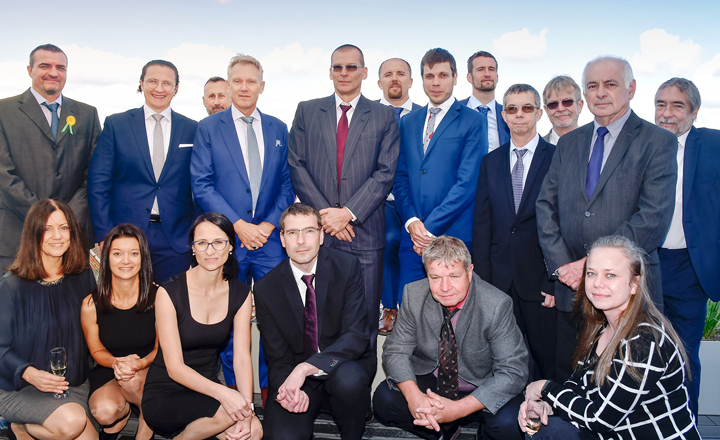 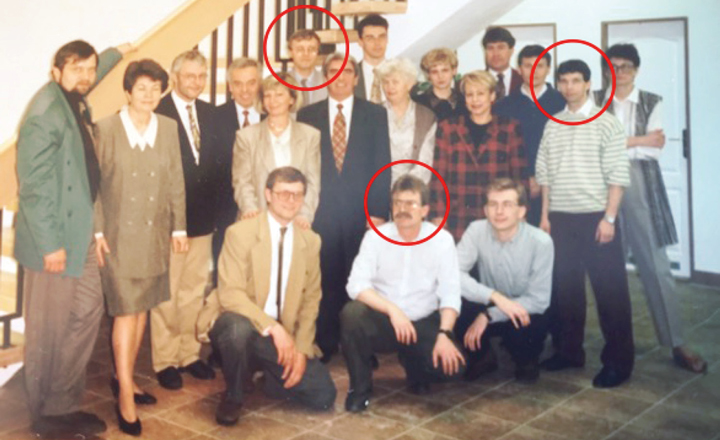 LECO CZ Team at commercial & service centre opening in Plzen 1997. Ever since have been part of the team Pavel Borek, founder, Josef Růt, service manager and Vlastimil Sokol, first service engineer (from left till right).